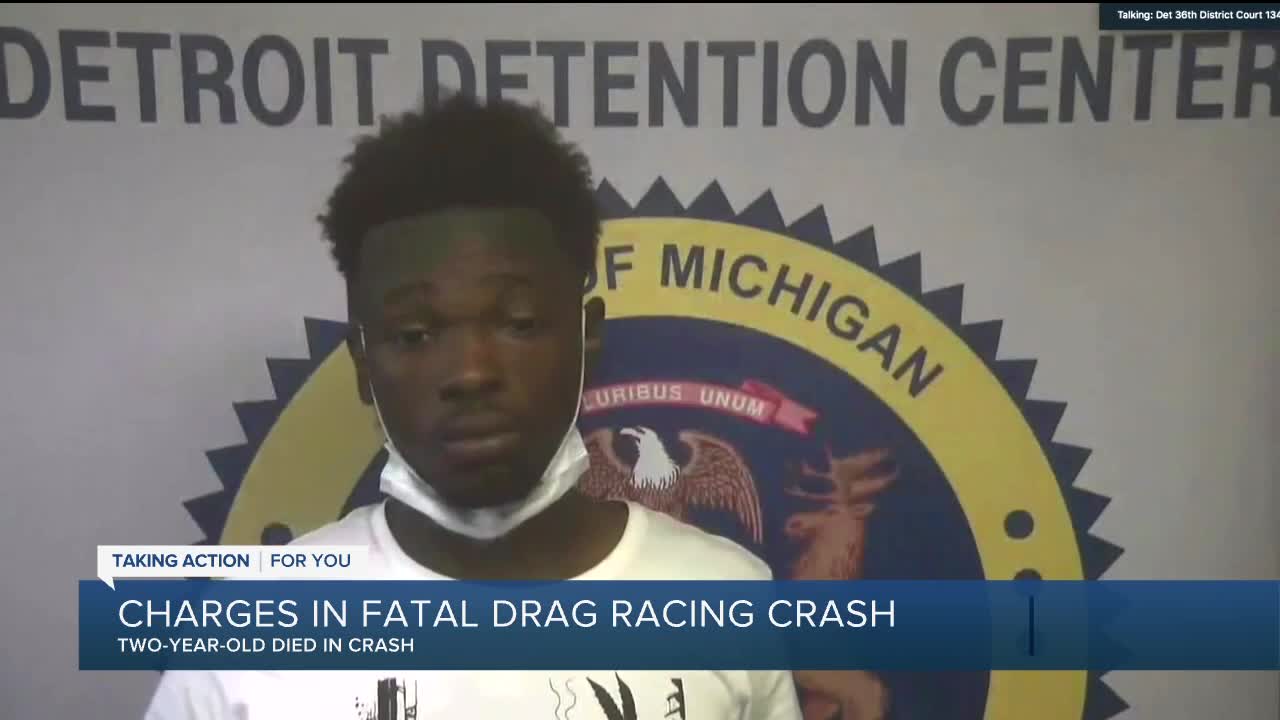 A man is facing charges in connection to a deadly drag racing crash.

DETROIT (WXYZ) — Jeffery Cordell Roberts, 20, has been arraigned on multiple charges, including with Second Degree Murder and Reckless Driving Causing Death, for his alleged role in the deadly crash that killed a two-year-old child.

Roberts, who was driving a silver Chevrolet Monte Carlo on the afternoon of September 4 , is accused of racing his cousin who was in a red Dodge Challenger. Both were reportedly traveling at 100 mph.

The cousins were allegedly racing eastbound on 8 Mile Road and ran the red light at Cherrylawn where the red Challenger crashed into an SUV that was making a turn.

In court Friday, during his arraignment, an attorney representing Roberts said that Roberts was only following or trailing his cousin.

The attorney added that Roberts assisted the victims after the crash that killed his cousin's two-year-old child.

"I just think that my client, judge, did help out.. tried to help," the attorney said in hopes of securing a personal bond for Roberts.

Chief Magistrate Millicent Sherman pointed out that the report indicates that the vehicle was driving on a street in the city of Detroit at 100 mph and she said other matter can be addressed at the preliminary examination.

Throughout Friday's hearing, Roberts seemed surprised that he was even facing charges in the case.

No word on what charges Roberts' cousin may be facing.