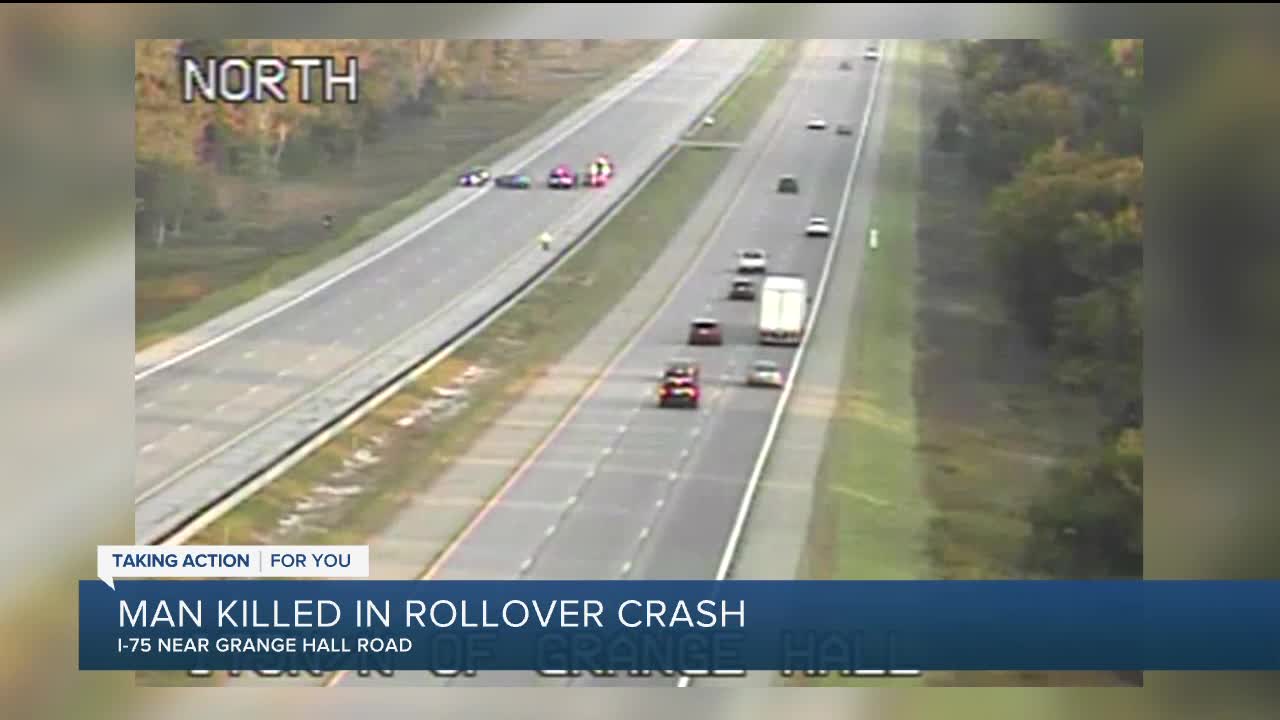 Man killed in rollover crash on I-75

The freeway has since reopened.

According to police, they were dispatched to southbound I-75 near Grange Hall Rd. around 4:30 a.m. for a one-car rollover crash.

Investigation found the driver, a man from Flint, lost control and rolled over on the highway. He was ejected from the car and police say they found him about 40 yards away from where the vehicle came to rest. He was pronounced dead at the scene.

Police say the investigation is continuing, but excessive speed and no seatbelt are factors in the crash.